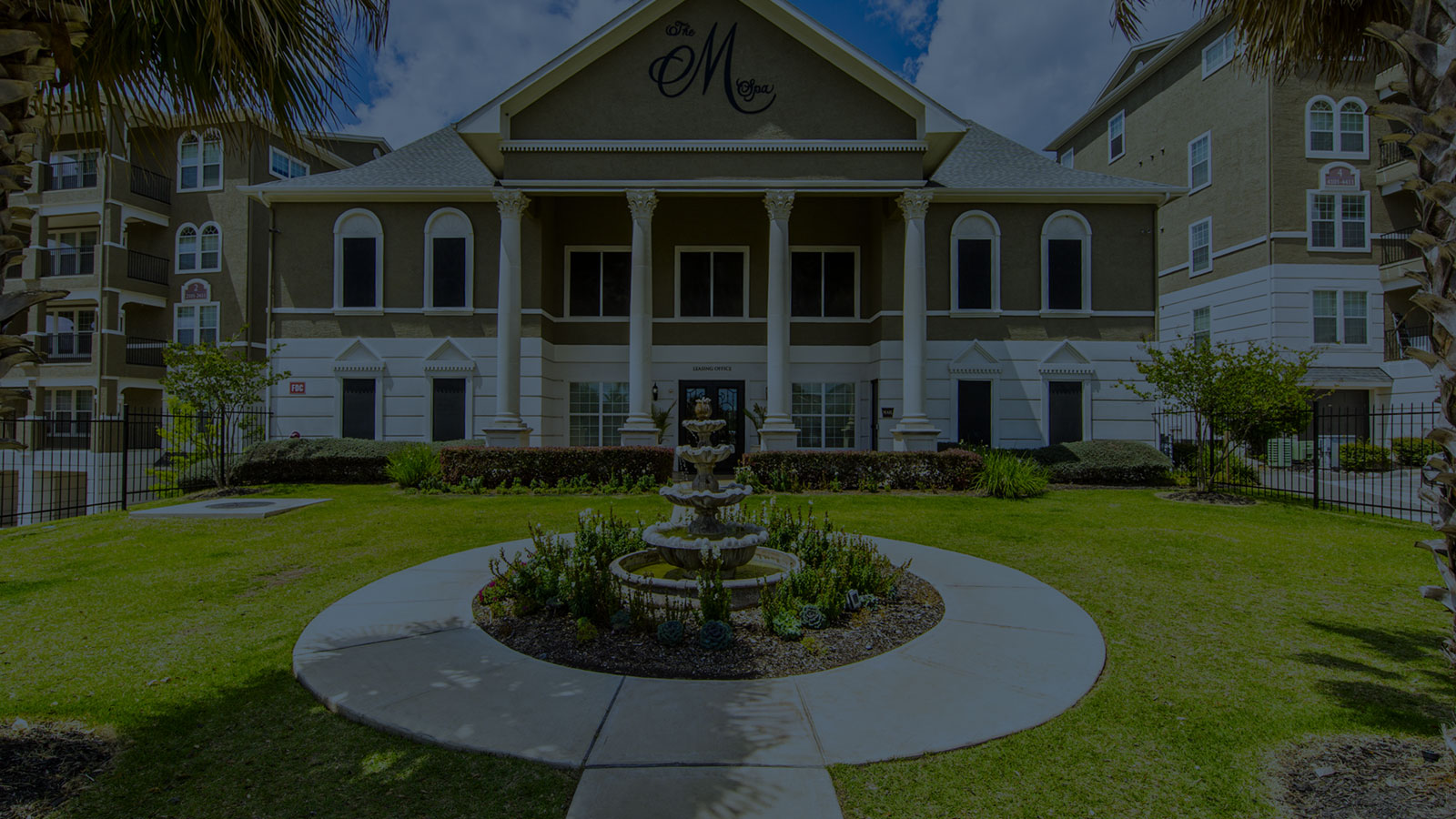 Bluerock Residential Growth REIT, Inc. (NYSE American: BRG) is a publicly listed real estate investment trust (REIT) that focuses on acquiring a diversified portfolio of Class A institutional-quality apartment properties in demographically attractive growth markets to appeal to the renter by choice. The Company’s objective is to generate value through off-market/relationship-based transactions and, at the asset level, through improvements to operations and properties. The Company generally invests with strategic regional partners, including some of the best-regarded, private owner-operators in the United States, making it possible to operate as a local sharpshooter in each of its markets while enhancing off-market sourcing capabilities.

Bluerock’s management team offers a competitive advantage in sourcing, evaluating, underwriting and managing attractive investment opportunities on behalf of our shareholders. In aggregate, the team has been engaged in the acquisition over 35 million square feet of real estate valued at approximately $10 billion. Our Manager has developed a disciplined investment approach that combines experience with a structure that emphasizes thorough market research, local market knowledge, underwriting discipline, and risk management in evaluating potential investments.

R. Ramin Kamfar - Chief Executive Officer and Chairman of our Board of Directors

From 1988 to 1993, Mr. Kamfar worked as an investment banker at Lehman Brothers Inc., New York, New York, where he specialized in mergers and acquisitions and corporate finance. In 1993 Mr. Kamfar left Lehman to focus on private equity transactions. From 1993 to 2002, Mr. Kamfar executed a growth/consolidation strategy to build a startup into a leading public company in the ‘fast casual’ market now known as Einstein Noah Restaurant Group, Inc. (NASDAQ: BAGL) with approximately 800 locations and $400 million in gross revenues. From 1999 to 2002, Mr. Kamfar also served as an active investor, advisor and member of the Board of Directors of Vsource, Inc., a technology company subsequently sold to Symphony House (KL: SYMPHNY), a leading business process outsourcing company focused on the Fortune 500 and Global 500. Mr. Kamfar received an M.B.A. degree with distinction in Finance in 1988 from The Wharton School of the University of Pennsylvania, located in Philadelphia, Pennsylvania, and a B.S. degree with distinction in Finance in 1985 from the University of Maryland located in College Park, Maryland.

He has been involved exclusively in real estate acquisition, management, financing and disposition for more than 20 years, primarily on behalf of investment funds since 1992. From 1992 to August 2003, Mr. Babb helped lead the residential and office acquisitions initiatives for Starwood Capital Group, or Starwood Capital. Starwood Capital was formed in 1992 and during his tenure raised and invested funds on behalf of institutional investors through seven private real estate funds, which in the aggregate ultimately invested approximately $8 billion in approximately 250 separate transactions. During such period, Mr. Babb led or shared investment responsibility for over 75 investment transactions totaling approximately $2.5 billion of asset value in more than 20 million square feet of residential, office and industrial properties located in 25 states and seven foreign countries, including a significant number of transactions that were contributed to the initial public offering of Equity Residential Properties Trust (NYSE: EQR), and to create i Star Financial Inc. (NYSE: SFI). Mr. Babb was also active in Starwood Capital’s efforts to expand its platform to invest in Europe. From August 2003 to July 2007, Mr. Babb founded his own principal investment company, Bluepoint Capital, LLC, a private real estate investment company focused on the acquisition, development and/or redevelopment of residential and commercial properties in the Northeast United States and Western Europe. Mr. Babb received a B.A. degree in Economics in 1987 from the University of North Carolina at Chapel Hill.

Mr. MacDonald serves as our Chief Investment Officer for Bluerock Residential Growth REIT (NYSE: BRG) and Bluerock Real Estate, LLC and its affiliates (“Bluerock”), which he joined in 2008. Mr. MacDonald is responsible for sourcing, underwriting, structuring, financing and closing of all Bluerock real estate investments, as well as ongoing asset management responsibilities including value-added renovation oversight and dispositions. To date, with Bluerock, Mr. MacDonald has lead over 70 real estate investments with an aggregate value approaching $3 billion.

Prior to joining Bluerock, from October 2006 to May 2008, Mr. MacDonald was an Analyst for PNC Realty Investors (formerly Mercantile Real Estate Advisors), where he served as part of an investment team that made more than $1.2 billion in investments within all tranches of the capital structure. From August 2005 to October 2006, Mr. MacDonald served in a corporate development role at Mercantile Bankshares, where he worked with Executive Management focusing on high level strategic initiatives for the $6 billion bank.

Previously, Mr. Vohs served as Corporate Controller for Roberts Realty Investors, Inc., a public multifamily REIT based in Atlanta, Georgia, from March 2009 to July 2010, where he was responsible for the accounting and financial reporting for the REIT. From October 2004 to March 2009, Mr. Vohs worked at Pulte Homes, a nationwide builder of single family homes, in various financial roles, including as Internal Audit Manager & Asset Manager and later as Vice President of Finance for Pulte’s Orlando and Southeast Florida operations. As Vice President of Finance, Mr. Vohs was responsible for all finance, accounting, and administrative operations of the division. From January 1999 to October 2004, Mr. Vohs worked as an Audit Manager for Deloitte & Touche, an international professional services firm, where he earned his CPA certification and focused on mid-size to large private and public companies in the manufacturing, finance, and communications industries. Mr. Vohs received his B.A. degree in Accounting from Michigan State University in 1998.

Mr. Konig serves as Chief Legal Officer of our company. Mr. Konig has also served as Senior Vice President and General Counsel for Bluerock and its affiliates since December 2004.

Mr. Konig has over 25 years of experience in law and business. Mr. Konig was an attorney at the firms of Ravin Sarasohn Cook Baumgarten Fisch & Baime from September 1987 to September 1989, and Greenbaum Rowe Smith & Davis from September 1989 to March 1997, representing borrowers and lenders in numerous financing transactions, primarily involving real estate, distressed real estate and Chapter 11 reorganizations, as well as a broad variety of litigation and corporate law matters. From 1998 to 2002, Mr. Konig served as legal counsel, including as General Counsel, at New World Restaurant Group, Inc. (now known as Einstein Noah Restaurant Group, Inc. (NASDAQ: BAGL)). From 2002 to December 2004, Mr. Konig served as Senior Vice President of Roma Food Enterprises, Inc. where he led operations and the restructuring and sale of the privately held company with approximately $300 million in annual revenues. Mr. Konig received a J.D. degree cum laude in 1987 from California Western School of Law, located in San Diego, California, an M.B.A. degree in Finance in 1988 from San Diego State University and a Bachelor of Commerce degree in 1982 from the University of Calgary.

I. Bobby Majumder has served as one of our independent directors since January 2009.

In addition, since May 2017, Mr. Majumder has served as our lead independent director and presides over executive sessions of our non-employee directors. Mr. Majumder is a partner at the law firm of Reed Smith, where he serves as the Managing Partner of the firm’s Dallas office and firmwide Co-Chair of the firm’s India practice. Mr. Majumder specializes in corporate and securities transactions with an emphasis on the representation of underwriters, placement agents and issuers in both public and private offerings, private investment in public equity (PIPE) transactions and venture capital and private equity funds. Prior to Reed Smith, Mr. Majumder was a partner at the law firm of Perkins Coie from March 2013 to May 2019. Prior to Perkins Coie, Mr. Majumder was a partner in the law firm of K&L Gates LLP from May 2005 to March 2013. From January 2000 to April 2005, Mr. Majumder was a partner at the firm of Gardere Wynne Sewell LLP. Through his law practice, Mr. Majumder has gained significant experience relating to the acquisition of a number of types of real property assets including raw land, improved real estate and oil and gas interests. Mr. Majumder also has served as an independent Trustee on the Board of Trustees of Bluerock Total Income + Real Estate Fund, a closed-end interval fund organized by Bluerock, since July 2012. He is an active member of the Park Cities Rotary Club, a charter member of the Dallas Chapter of The Indus Entrepreneurs and an Associates Board member of the Cox School of Business at Southern Methodist University. Mr. Majumder received a J.D. degree in 1993 from Washington and Lee University School of Law, located in Lexington, Virginia, and a B.A. degree in 1990 from Trinity University, located in San Antonio, Texas.

Mr. Majumder’s experience as a partner at Reed Smith and his legal education, as well as the experience noted above, led the nominating and corporate governance committee to conclude Mr. Majumder should continue to serve as a member of our board of directors.

Romano Tio has served as one of our independent directors since January 2009.

Mr. Tio’s knowledge of the real estate industry, as well as the experience noted above, led the nominating and corporate governance committee to conclude Mr. Tio should continue to serve as a member of our board of directors.

Elizabeth Harrison has served as one of our independent directors since July 2018.

Ms. Harrison has over 23 years of branding and marketing experience. Ms. Harrison serves as the CEO and Principal of Harrison & Shriftman (“H&S”), a full-service marketing, branding and public relations agency with offices in New York, Miami and Los Angeles, which she co-founded in 1995. In 2003, Ms. Harrison organized the sale of H&S to Omnicom Group (NYSE: OMC), a leading global marketing and corporate communications company, and continued to serve as CEO where she is responsible for the company’s operations and strategic development, while overseeing communications, partnerships and marketing for clients that include real estate developers, luxury hotel properties and travel technology companies on a global level. In 2011, H&S became the complementary sister-agency of Ketchum, a leading global communications consultancy. Ms. Harrison is the co-author of several books and is frequently invited to share her luxury branding expertise at high-profile conferences and summits, most recently including Harvard’s 5th Annual CEO Roundtable: Building Leading Brands and Driving Growth. Ms. Harrison has also served as a panelist for Step Up Women’s Network’s “View from the Top” seminar. Ms. Harrison has served on the boards of Love Heals and the Alison Gertz Foundation for AIDS Education, and also works closely with the Ars Nova Theater Group. Ms. Harrison received a B.A. degree in 1986 from Sarah Lawrence College, located in Bronxville, New York.

Ms. Harrison’s extensive leadership and entrepreneurial experience, background in luxury branding and marketing, and additional experience noted above led the nominating and corporate governance committee to conclude Ms. Harrison should continue to serve as a member of our board of directors.

Kamal Jafarnia has served as one of our independent directors since June 2019.

Mr. Jafarnia’s legal background and public company experience, as well as the additional experience described above, led the nominating and corporate governance committee to conclude Mr. Jafarnia should continue to serve as a member of our board of directors.